Your Daily Dose of News

Following the EU Referendum The UK parliament’s Environmental Audit Committee will focus on the scope of REACH in the country in their second inquiry into the future of environmental law and policy.

The inquiry approaches in preparation of the UK’s Supreme Court to give their verdict on the government’s appeal against a ruling from the High Court that proceeds with Brexit must be discussed with MPs first.

Theresa May has stated that a conversion of the body of EU law into UK law must be made before leaving the EU.

The new inquiry has a submissions deadline of 20th January 2017.

To read the full article and to learn more about REACH click here. 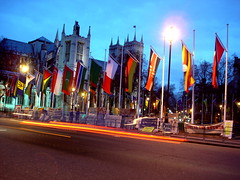 "Democracy and Democracy" (CC BY 2.0) by Photo Monkey
Share

An Exciting New Addition To Our Growing Fleet